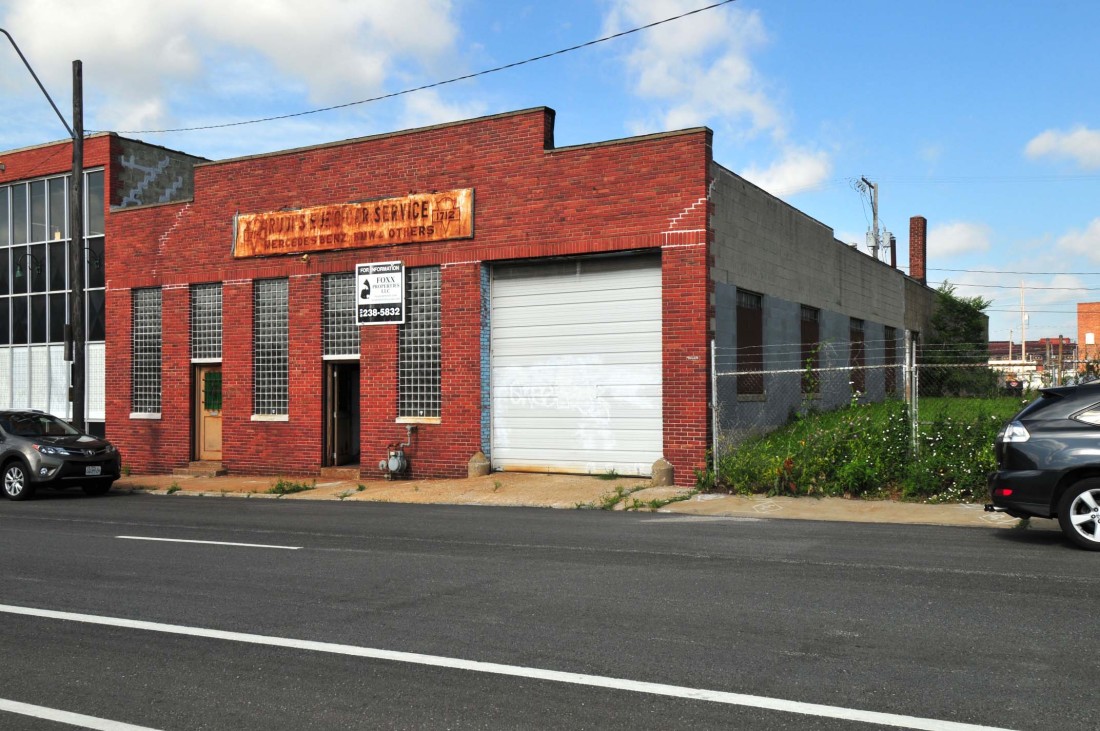 After several years working for other brass manufacturing companies in Kansas City, Thomas had founded Progressive Brass Manufacturing in 1913. The company specialized in brass, bronze and aluminum castings of machine parts rather than the manufacture of finished products that were sent to factories across the country. The original company foundry opened in 1916 at 106-108 Southwest Boulevard. Three years later, Thomas cleared a series of small dwellings from the 1700 block of Cherry Street (one block west of Holmes) for a new foundry designed by Claude P. Schmidt. S.W. Hite built later additions in 1920 and 1923.

The business thrived. In need of more space, Progressive Brass Manufacturing erected the building at 1712 Holmes in 1926. It sat across the alley directly east of the foundry on Cherry. The growing company also opened branch offices in Tulsa, Oklahoma around this time. In 1928, Progressive Brass melted 20,000 pounds of metal daily with an annual output valued at $500,000, or $6.9 million in today’s dollar value. But as the country fell into the Great Depression, the demand for manufactured goods fell. Progressive Brass scaled back production, and 1712 Holmes sat vacant from 1930 to 1935.

As the economy improved in 1936, Universal Machine Works, managed by Dyle E. Williams, moved into 1712 Holmes. The company remained in the building until 1942 when Adolph L. Heine purchased the property to house his company, Heine Machine Works. Heine was born in Germany in 1903 and came to America in 1923. He worked as a machinist at Wheatley Brothers, a little more than a mile away at 1906 Wyandotte before establishing his own business.

Just a few years later, after World War II ended, Heine began a series of improvements to his facility. The first of these was a large addition to the east-facing front of 1712 Holmes, nearly doubling the floor space.. Within four years of this first expansion, Heine purchased the adjacent south lot. He left the existing brick dwelling in place and constructed a concrete-block addition on the rear that connected to the building on the lot to the north. Heine purchased two more lots (1718 and 1720 Holmes) in the early 1950s. Again, he cleared the lots to build a one-story machine shop and warehouse that attached to his 1949 addition. Heine’s last improvement came in 1958 when he demolished the brick dwelling that stood between the two street-facing portions of his facility. A two-story addition with a full-height aluminum façade completed the streetwall and expressed the commercial design trends of the era.

The Heine Machine Works remained in business until 1993, although it began to scale down in the mid-1960s. Today the former machine works is divided among three parcels with distinct ownership, although the building retains its historic façade that recalls its development in the post-war period.